Vietnam's prime minister started a two-day visit to Cambodia on Monday, the first since the two countries signed a border agreement denounced by Cambodian critics who were later jailed by Cambodia's leader. 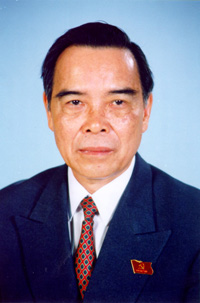 "This visit is to strengthen the bond of friendship and cooperation between the two countries," Hor Namhong told reporters at the airport.

Some 2,000 school children, civil servants and members of the ethnic Vietnamese community in Cambodia gathered along the road to the airport to greet the Vietnamese leader.

During a visit to Vietnam in October, Hun Sen signed a border pact with Phan Van Khai. Cambodian critics alleged that, under the pact, Hun Sen ceded Cambodian land to its communist neighbor.

Hun Sen responded by suing and throwing several of his critics in jail before allowing their release on bail last month, following strong domestic and international condemnation.

Border issues are a passionate subject for many Cambodians, who have seen the vast territory once ruled by their ancient Angkor Empire swallowed up over the centuries by larger neighbors Vietnam and Thailand, reports the AP.