Madonna to perform at Music festival in California in April 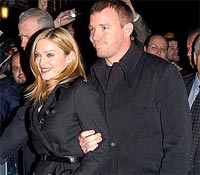 Madonna to perform at Music festival in California in April

Madonna will take the stage next month at the seventh annual Coachella Valley Music & Arts Festival in Indio , California .

"I've never performed at a festival," the 47-year-old pop star said in a statement, "and I'm especially excited about playing at Coachella before I start my own tour."

The Coachella festival, which opens April 29, will also include performances by Depeche Mode, Tool, Daft Punk and Massive Attack, reports the AP.