Former Congressman Randy "Duke" Cunningham, who pleaded guilty to corruption on a scale unparalleled in the history of U.S. Congress, is asking a federal judge to spare him the maximum sentence. 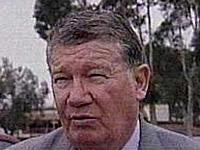 Cunningham, who resigned last year in disgrace after pleading guilty, was scheduled to be sentenced Friday for accepting $2.4 million (2 million euros) from defense contractors and others in exchange for steering government contracts their way.

"I am ready to pay my debt to society," Cunningham wrote to U.S. District Judge Larry Burns last month. "With God's grace, I will accept your sentence without complaint."

Federal prosecutors have urged the judge to impose the maximum of 10 years in prison, the longest term ever for a congressman.

Defense attorneys have asked for a sentence of six years in prison for the 64-year-old former Navy flight instructor and Vietnam War flying ace. Given Cunningham's age and history of prostate cancer, a 10-year sentence "would likely be a death sentence," they said.

"His own misconduct has already left him penniless, homeless, estranged from those he loves and disgraced in the eyes of his countrymen," Cunningham's lawyers wrote in a sentencing memorandum.

Prosecutors have also asked that Cunningham be ordered to pay nearly $1.6 million (1.3 million euros) in taxes and forfeit his interest in a 7,628-square-foot (700-square-meter) mansion he sold in December for $2.6 million (2.2 million euros).

The staggering details of Cunningham's wrongdoing surpass anything in the history of Congress, Senate and House historians said. His bribes included a Rolls-Royce, a yacht, homes, travel, meals, Persian rugs valued at $40,000 (33,550 euros) each and various antique furnishings.

"In the sheer dollar amount, he is the most corrupt," said Deputy House Historian Fred W. Beuttler. "The scale of it is unprecedented."