Israel's acting Prime Minister Ehud Olmert said Friday that the international community must maintain a united front against Hamas as the militant group prepares to form the next Palestinian Cabinet. 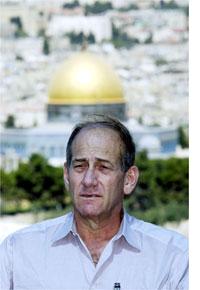 Olmert spoke as Hamas' political leader, Khaled Mashaal, arrived in Moscow for talks with the Russian government. Israel has worked to isolate Hamas international and criticized Russia's invitation to Mashaal.

Israel, the United States, the European Union and others have called on Hamas to renounce violence and recognize Israel's right to exist.

"We have to retain the international front that Israel has built up over the principles we have set out," Olmert told members of his Kadima Party during a meeting Friday.

Russian officials said they planned to use their meetings with Hamas to pressure the group to accept the international demands, but Mashaal said Friday his group had no plans to recognize Israel.

Olmert said Russia might limit its contacts with Hamas in the future.

"In recent days, I received messages from Russian President (Vladimir) Putin, which talk about restrictions of their contacts with Hamas and support the principles we laid before the Palestinians and which have the support of the Quartet (of Mideast mediators)," Olmert said.

"We are prepared everywhere where is the slightest danger of terrorist attacks," he said. "We have been pursuing all the ticking time bombs, which in recent weeks have stopped ticking because we prevented their activities", reports the AP.