Just 37 percent of California 's likely voters are inclined to re-elect Gov. Arnold Schwarzenegger in November, a huge drop from a year ago, according to a poll released Thursday. 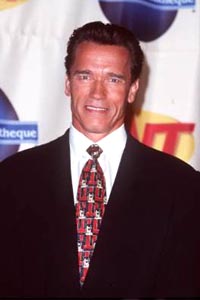 But the statewide Field Poll also found the Republican governor running competitively against each of the Democrats vying for their party's nomination in the June primary.

State Treasurer Phil Angelides and state Controller Steve Westly are largely unknown around the state, and about two-thirds of voters had no opinion of either one, according to the poll.

Still, the numbers signaled a difficult re-election campaign for Schwarzenegger, already disadvantaged as a Republican in a state where two-thirds of voters are Democrats or independents.

The poll showed him matching up evenly against Angelides, with 39 percent favoring each candidate. Westly held an edge of 4 percentage points over the governor. In each matchup, about one in five voters remained undecided.

The poll was based on telephone surveys of 507 likely California voters conducted Feb. 12-26 and had a sampling error of 4.5 percentage points, reports the AP.