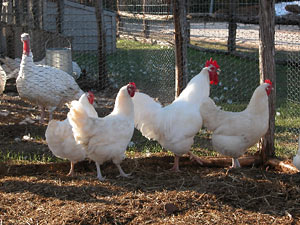 China's Ministry of Agriculture notified the Hong Kong government that test results showed the chickens at a Guangzhou chicken farm had died of coccidiosis, a parasitic disease, a Hong Kong health spokesman said in a statement. The spokesman was not named.

The birds, which were among a group of more than 11,000 chicks about a month old, died over several weeks in the Guangdong province city of Guangzhou, the Guangzhou Food Safety News Network Web site said.

The spokesman said the Hong Kong government "will continue to maintain close liaison with mainland authorities" and "closely monitor the situation in local farms,” reports the AP.