Early results Thursday put the ruling African National Congress well ahead in local elections, despite voter unhappiness with the rate of progress in improving the lives of poor blacks. 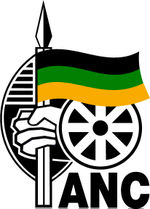 The ANC led with 68 percent of votes, ahead of the Democratic Alliance with 17 percent, according to the Independent Electoral Commission, which said that 82 percent of votes cast Wednesday had been counted and were in the process of being audited. The electoral commission chief hoped that 90 percent of votes would be counted by sunset Thursday.

Results from Cape Town, the most hotly contested city council, were not yet declared.

Electoral commission head Brigilia Bam praised the conduct of the elections, the third local poll since the advent of multiparty democracy in 1994.

"We are very proud that there has been no violence recorded in any part of this country for these elections," Bam told journalists in Pretoria. "There has been visually no people being harassed or threatened with any form of intimidation in our elections."

"We are very grateful that so many South Africans are responding positively to this maturing democracy of South Africa."

Bam said that provisional figures indicated voter turnout at 47 percent, slightly down from the 48 percent recorded at the last municipal elections in 2000 and in line with local elections in many countries.

Many analysts had predicted a low turnout from the 21 million registered voters. Voters were seen as frustrated with the ANC, but unwilling to support any party but the one that toppled apartheid, reports the AP.