A bomb set off by a mobile phone exploded in a market Tuesday, wounding seven people in the violence-plagued south of Thailand , police said. 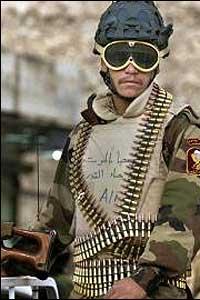 The bomb was hidden in styrofoam box and exploded when people began to arrive at the market Tuesday morning in Sungai Kolok, a town on the border with Malaysia , said police Col. Term Intarasara.

"Investigators found shattered pieces of a mobile phone, leading us to believe the bomb was triggered by a mobile phone signal," Term said.

Muslim separatists in the region have been accused of using mobile phone-triggered bombs, so the government has ordered all cell phone numbers in the restive provinces to be registered. It has also urged cooperation from Malaysia to bar roaming phone signals across the border.

More than 1,300 people have been killed since January 2004 when violence re-emerged in Thailand 's three Muslim-majority provinces Yala, Pattani and Narathiwat. No one has claimed responsibility for the violence, but the government blames Muslim separatists, reports the AP.