Actor Michael Douglas sued two Boca Raton companies claiming they improperly used his name and image to promote their own products and services. 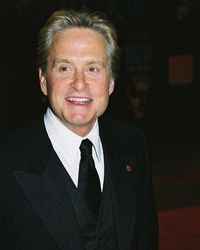 The lawsuit filed on Monday in federal court claims two segments Douglas had taped for educational purposes were instead used for commercial gain by Family Television Studios, Inc. and Paradigm Media Group, L.L.C.

In 2004 Family Television Studios approached Douglas and asked him to host a series called "Learning About ... ," according to the action.

The series was presented as educational and noncommercial and was to focus on music, history and science, among other subjects, so Douglas agreed and taped two segments for the companies, according to the lawsuit.

Family Television Studios had claimed it produced "educational television for national distribution on networks such as Discovery Channel, The Learning Channel and Public Television," but it really produced commercial programming including infomercials and advertising, the lawsuit said.

According to the suit, Douglas 's name and likeness were used to get sponsors to give money for segments that were never produced or, if produced, never broadcast.

A telephone call after business hours to Paradigm Media Group was not immediately returned, while no telephone number was found for Family Television Studios Inc.

Douglas requests the companies stop using his likeness and name. He also wants all profits they made as a result of using his name and likeness, as well as compensation of more than $75,000 (63,280 euros) along with his attorney's fees and other costs.

Douglas won a best-actor Oscar for his role in 1987's "Wall Street." He also has starred in "Fatal Attraction," "Traffic" and "Wonder Boys," among other films, reports the AP.