Montenegro 's ruling party said Monday it would go along with a European Union guideline that 55 percent of the electorate need to vote in favor of independence in a planned referendum for it to be binding. 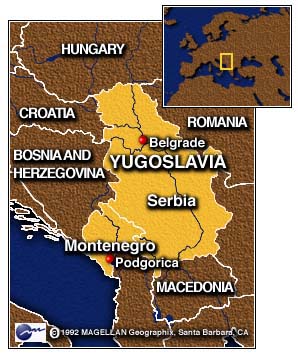 The reluctant acceptance came after the leadership had asked the EU to reconsider the 55 percent threshold. Montenegro 's 465,600 voters have been deeply divided over the issue. Serbia and Montenegro stayed together when four other former Yugoslav republics declared independence in 1991, but their relations have worsened since. No date has been set for the referendum, which Djukanovic wants to take place as early as April, reports the AP.