Italy 's Premier Silvio Berlusconi said Monday that the European Union should intervene in the planned French energy merger which is aimed at blocking a potential hostile bid from Italian energy company Enel SpA, Italian news agencies reported. Berlusconi's comments followed similar ones earlier in the day by Foreign Minister Gianfranco Fini, who said that the Italian government will point out in Brussels that "respect of the rules is indispensable." 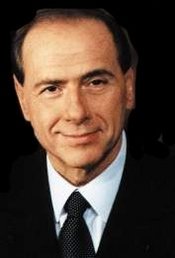 The premier's remarks came in response to a question about whether the EU should intervene in the French merger, the news agencies said. "Absolutely, yes," Berlusconi was quoted as saying.

Berlusconi also said Italy's finance minister, Giulio Tremonti, and industry minister, Claudio Scajola, "are taking all the necessary steps" to react to the French move, but did not immediately elaborate, the agencies said. European Commission spokesman Johannes Laitenberger said the EU has not yet received any formal complaint from Italy and refused to speculate on what the commission might do if it should receive one.

"The European Commission can't say anything about the details of the whole operation before it has been notified of it. If the Commission is notified, it will examine most painstakingly ... whether it complies with the rules of the internal market, whether rules are scrupulously observed," said Laitenberger.

Fini said he discussed the matter with Premier Silvio Berlusconi, Economy Minister Giulio Tremonti and Industry Minister Claudio Scajola. "That made by the French government is clearly a choice of the protectionism kind that clashes with the values and rules of the free European market," Fini told reporters on the sidelines of a party meeting.

Italian officials have warned of a return to protectionism in Europe following word that Suez SA and Gaz de France planned to merge, blocking a potential hostile bid from Italy 's Enel SpA.

Enel said it had no comment. French Prime Minister Dominique de Villepin announced the Suez SA-Gaz de France merger plans Saturday. While Suez is in private hands, GDF is 80 percent state-owned. Enel , Italy 's largest utility, announced Wednesday that it planned to make acquisitions in France or Spain . It said it was considering a move for Suez 's Electrabel unit in Belgium and didn't rule out a move for Suez itself.

After Villepin's announcement, Industry Minister Scajola canceled a trip to Paris on Monday to meet French counterpart Francois Loos. Berlusconi had urged the French government to remain neutral in any takeover battle involving an Italian company, reports the AP.