Results from the European Union reference laboratory in Britain confirmed that two swans found at a lake in central Bosnia carried the H5N1 strain of the bird flu virus, authorities in Sarajevo said Monday. "The results are positive for the H5N1 virus," said Jozo Bagaric, head of the Bosnian Veterinarian Institute. 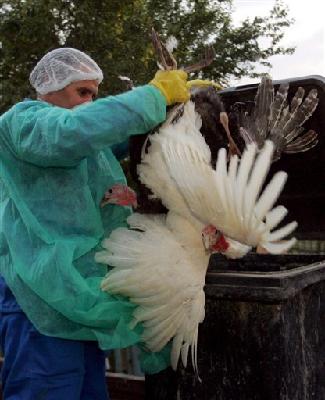 It was the first confirmed case of the presence of this deadly virus in Bosnia-Herzegovina. The swans were found two weeks ago near the Plivsko lake in central Bosnia . Authorities immediately sealed off the area and culled about 4,400 poultry within a three kilometer (two mile) range. Hunters killed all other swans found at the lake.

Authorities ordered farmers across the country to bring all poultry indoors and as of Monday, they will begin taking samples from poultry within a 10-kilometer (six-mile) radius of the sealed-off zone. "We believe that the actions we have carried out were successful and we continue to monitor the situation throughout the country," Bagaric said. He added that more cases were expected in March because of the increased migration of birds, reports the AP.