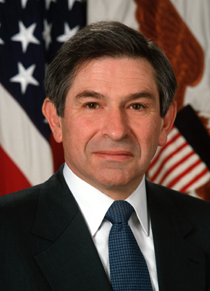 In coming months, the Netherlands will send up to 1,400 troops to southern Afghanistan , where they will focus on reconstruction. Dutch participation was uncertain for several months due to initial political opposition to the deployment. Wolfowitz declined to discuss the specifics of the Dutch mission, but said development in Afghanistan can be successful in combination with military force.

"A key to getting effective development assistance in these inaccurately called post-conflict situations because the conflict isn't completely over unfortunately is to have the development agencies closely connected to the military authorities improves the effectiveness and the safety."

"There is no question in my mind that it's in the interests of the whole international community to see the people of Afghanistan build a free prosperous country," he said.

The Netherlands is the sixth largest donor to the World Bank. Wolfowitz was to travel to the Czech Republic later to attend a conference on banking regulations in the capital, Prague , reports the AP.