EU foreign ministers give 139 million in assistance for northern Cyprus

The European Union approved 139 million (US$165 million) in aid for the breakaway Turkish Cypriot state, officials said Monday, funding that had been blocked by the failure to strike a free trade deal between the two sides of the divided island. The aid, which was promised in 2004, had been blocked due to Turkey 's refusal to allow Greek Cypriot ships and plans to use its harbors and airports. 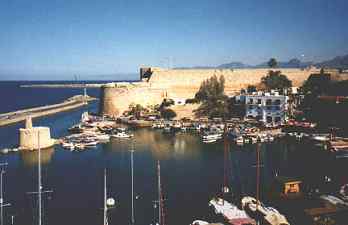 EU foreign ministers give 139 million in assistance for northern Cyprus

The amount approved on Monday is also less than the 259 million (US$308 million) previously set aside. Officials said the total was reduced because under EU rules, the original aid had to be spent by the end of 2005. The deal was backed by all 25 EU governments, including Cyprus and Greece , which had blocked the deal because Turkey refuses to formally recognize EU-member Cyprus and to open its ports and airports to Greek Cypriot ships and planes.

The aid will be used to boost economic ties with the northern Cypriot community, said EU Enlargement Commissioner Olli Rehn, who said the aid "enables the EU to bring assistance where it is urgently needed in fields such as energy and environment." The money will also be spent to bring northern Cypriot rules in line with EU standards like those on food safety.

"The adoption of the aid package should be seen as a first step by the EU toward putting an end to the isolation of the Turkish Cypriot community and facilitating the reunification of Cyprus," Rehn said in a statement. Turkey signed a deal last year promising to open up its ports to Cyprus . But Ankara, which started entry negotiations to join the EU last year, refuses to recognize Cyprus until the island is reunified.

Cyprus has been divided between a Greek Cypriot south and a Turkish-occupied north since 1974, when Turkey invaded after an abortive Athens-backed coup by supporters of union with Greece. A blueprint for a solution, drafted by U.N. Secretary-General Kofi Annan, was approved by Turkish Cypriots, but rejected by Greek Cypriots in separate referenda in April 2004, which meant Cyprus joined the EU as a divided nation with only the Greek Cypriot south enjoying EU benefits, reports the AP.