The leader of an unofficial Chinese church went on trial Monday in the killings of up to 20 members of another church, an official said, as a U.S.-based group warned that China has used such charges to persecute underground religious groups. Xu Shuangfu, leader of the Three Grades of Servants church, is reported to be among 17 officials of his group who are accused of killing members of the rival Eastern Lightning church. A hearing for Xu opened in Shuangyashan Intermediate Court in China 's northeastern province of Heilongjiang , said an official at the local prosecutor's office, who refused to give his name. 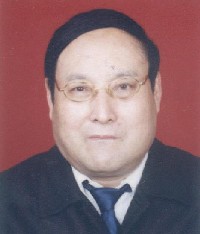 The official would not say whether anyone else was on trial with Xu. Telephones rang unanswered at the court's offices.

The Midland, Texas-based religious activist group China Aid Association said in a statement Sunday that it had obtained court documents that appeared to accuse Xu and other church figures of killing Eastern Lightning members following its "penetration" of Xu's group.

The statement quoted unspecified sources as saying the accused were tortured during interrogation. It said China has used criminal prosecutions "for the clear purpose of destroying" religious groups or their leaders.

It appealed for foreign pressure on China to give Xu and the others a fair trial.

The communist government allows worship only in state-monitored churches, and the clergy and followers of unofficial groups are frequently harassed or jailed.

Rivalry and violence among China 's unofficial Christian churches have been reported in the past.

China Aid did not say when the 20 alleged killings took place, or how long Xu or the others have been held in custody, reports the AP.