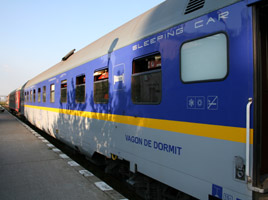 The derailment occurred Sunday between the cities of Sighisoara and Brasov, said Dorel Iosifescu, director of the Brasov branch of the National Romanian Railways.

A preliminary investigation showed that the axle of one of the wheels snapped, causing the train to derail, spilling the nonflammable fertilizer, said Stefan Rahitean, head of the Emergency Situations Department in Brasov.

"There was no danger of an explosion but the line was damaged," Rahitean said. He said one track was reopened early Monday, reports the AP.