Communist rebels attacked a security checkpoint on a highway near the Nepalese capital on Monday, killing at least three soldiers, while at least 16 insurgents died in fierce fighting in the country's west, officials said. 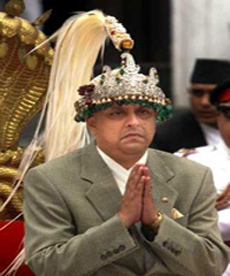 Maoist rebels opened fire on the checkpoint at Kavrebhanjyang, about 40 kilometers (25 miles) east of the capital, Katmandu. The Royal Nepalese Army headquarters in Katmandu confirmed the attack, saying more troops have been sent to the area to search for the attackers in nearby mountain areas.

Local government officials reached on the telephone said the area has been sealed by the army.

In fighting Sunday near the village of Satyabati, about 250 kilometers (150 miles) southwest of Katmandu, 16 rebels were killed in a gunbattle that lasted late into the evening after the Maoists attacked a security patrol.

Security officials, speaking on condition of anonymity because they were not authorized to talk to reporters, said 16 rebel bodies have been recovered. At least five soldiers were also wounded in the fighting.

Soldiers were scouring the mountainous area for more rebels on Monday. Helicopters flew reinforcements to the area from nearby army camps.

Rebel attacks and fighting in the area has escalated in the past few weeks since the guerrillas withdrew from their unilateral cease-fire in early January, saying that the government had failed to match their truce, reports the AP.