China will build 32 nuclear plants over the next 15 years in an effort to meet the country's burgeoning energy needs, more than doubling its reliance on the controversial source, the government said Monday. 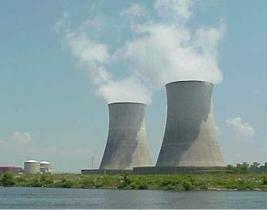 With the new plants, the country's nuclear generating capacity will reach 40 gigawatts and account for 4 percent of the nation's total, up from 1.59 percent now, the official China Securities Journal said, citing Shen Wenquan, vice director of the state-run China National Nuclear Corporation.

China's government is investing heavily in nuclear power in an effort to meet its booming economy's surging power demands and limit its reliance on imported oil.

The report Monday said that most of China's nuclear power plants are currently located in its highly developed coastal areas, and that it is considering building more in the interior hinterland, such as Sichuan province, reports the AP.