Covered market in Moscow collapsed on Thursday, apparently under the weight of snow on its roof, killing at least 13 people and trapping others in the rubble, emergency services said. 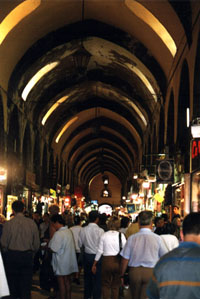 The roof of the market in Bauman district in eastern Moscow caved in at 5:45 a.m. (2:45 a.m. British time) after an overnight snowfall in the city which is experiencing one of its coldest winters in a generation.

Quoting emergency officials at the scene, Interfax news agency said that, besides the 13 dead, 18 people were injured.

Estimates of how many were still trapped in the wreckage of the building varied from 10 to 40.

The accident occurred as Russia began celebrating a national holiday to mark Defenders of the Motherland Day. Officials said the death toll would have been much worse if the market had been open for business at the time.

Emergency services sent 50 rescue teams, including firefighters, to the scene to try to extract survivors from the ruins. Survivors were said to be communicating from the debris by mobile phone to help rescue workers locate them.

"Rescuers are hoping that the majority of people trapped in the ruins can be brought out alive," said Yuri Akimov, a senior Emergency Ministry official.

The accident evoked memories of the disaster in February, 2004, when the roof collapsed at the Transvaal Park swimming pool complex in Moscow, killing 28 people and injuring 200, reports Reuters.