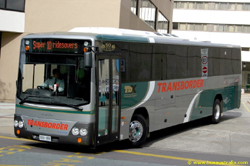 The bus service would link the northwestern Pakistani city of Peshawar with Jalalabad, the capital of Afghanistan 's eastern Nangarhar province. The service is scheduled to start March 20, said Mohammed Hashim Waiz, the head of the Afghan delegation at the talks.

The two countries will discuss starting another bus service between the southwestern Pakistani city of Quetta and Kandahar in southern Afghanistan after looking at the outcome of the Peshawar-Jalalabad route, Alam said. Pakistan is home to millions of Afghan refugees, and illegal border crossings are common, reports the AP.