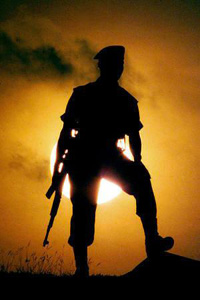 The Sri Lankan army on Wednesday denied involvement in the alleged killing of a Tamil Tiger rebel and accused theseparatists of linking the military to the death as a diversionary tactic.

In a statement, the army denied involvement in the alleged murder.

The statement said the military considered the incident "another deliberate attempt to cover up the LTTE atrocities."

The statement called the rebels' claim of military involvement in the death "baseless, untrue and malicious," and coming at a time when talks in Geneva was progressing, reports the AP.