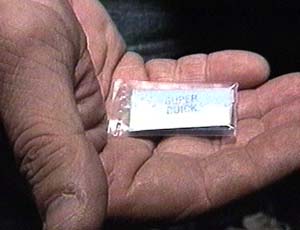 Tajik border guards seized about 60 kilograms (132 pounds) of heroin after an exchange of fire with a group of alleged Afghan smugglers, an official said Friday.

One of the Afghans was detained Thursday and the others fled back to Afghan territory, said Faizullo Gadoyev, a department chief at the Drug Control Agency.

He said the smugglers opened fire after being spotted by border guards. No one was hurt, he said.

The impoverished former Soviet republic in Central Asia a major route for narcotics traffickers from Afghanistan, reports the AP.