The latest White House request for money for wars in Iraq and Afghanistan should face easy approval in Congress, but a companion submission dealing with hurricane relief for the Gulf Coast could face much more debate. The war request submitted Thursday would lift military spending in Iraq and Afghanistan to $115 billion this year and nearly $400 billion since the fighting began in March 2003. 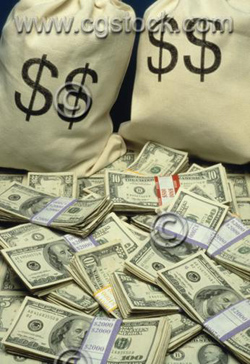 A separate request for almost $20 billion in storm relief money would bring total spending in response to hurricanes Katrina and Rita to more than $100 billion. That probably is not enough for some lawmakers from the affected regions. Conservatives, meanwhile, already are concerned the new spending is not accompanied by spending cuts elsewhere in the budget.

The Bush administration submitted a $65.3 billion war request. Pentagon officials said the money would be sufficient to conduct the two wars at least through Sept. 30. Congress had approved $50 billion more for the war effort in December. "These funds support U.S. armed forces and coalition partners as we advance democracy, fight the terrorists and insurgents, and train and equip Iraqi security forces so that they can defend their sovereignty and freedom," President George W. Bush wrote Congress.

The war in Iraq now costs about $5.9 billion a month, while Afghanistan operations cost about $900 million per month, said the Pentagon comptroller, Tina Jonas. That total does not include the costs of replacing worn out or destroyed equipment, training Iraqi and Afghan forces or restructuring Army brigades into more agile units.

The Pentagon said the latest request assumes a U.S. force of 138,000 troops on the ground in Iraq through Sept. 30, the end of the budget year, even though the administration has signaled that troop numbers could fall below that this year. The supplemental spending request for the wars would bring the total price for the Iraq and Afghanistan missions to almost $400 billion. Bush's budget anticipates an additional $50 billion for the budget year beginning Oct. 1, though the costs probably will be much greater.

The requests Thursday totaled $91 billion and came 10 days after Bush submitted his $2.8 trillion spending plan for the budget year that begins Oct. 1. Overall, the cost of the Iraq and Afghanistan wars consumes about 4 percent of the budget.

The latest request includes $4.2 billion for State Department operations and foreign aid, such as $75 million to promote democratic institutions in Iran and $514 million to support peacekeeping efforts and provide food aid in Sudan . The request also includes $2.9 billion for intelligence gathering and other related activities.

War and hurricane relief costs and the burgeoning budget deficit, estimated to hit a record $423 billion this year, have put a squeeze on other programs. Bush's budget proposed cuts for a variety of domestic programs such as education, the Amtrak rail network, community development and local law enforcement grants, and also proposed curbing inflation increases for Medicare providers.

Congress is expected to vote on the massive requests as a single bill next month. The Federal Emergency Management Agency's disaster relief fund is seeking $9.4 billion for such tasks as debris cleanup, housing aid and other relief. The request comes less than two months after lawmakers took $23.4 billion from FEMA's coffers to help pay for a $29 billion Katrina relief bill.

The latest request would push total federal spending for hurricane rebuilding to more than $100 billion, according to administration tallies. That reflects about $68 billion in emergency appropriations, $18.5 billion in available flood insurance funds and the latest $19.8 billion request, reports the AP.