Cross-border attacks and terrorism will be discussed when the leaders of Afghanistan and Pakistan meet in Islamabad on Wednesday, officials said. 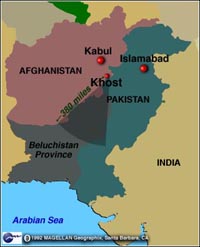 Karzai will use his two-day trip to urge Pakistan to show the same commitment to defeat Taliban rebels based on its side of the rugged frontier as it does in fighting al-Qaida, his spokesman Khaleeq Ahmed said Tuesday.

The New York Times reported Wednesday that Afghan officials claim suspects in a series of recent suicide bombings in Afghanistan had revealed to interrogators that they were organized by the Taliban in Pakistan.

Afghan officials have repeatedly claimed the Taliban and other militant groups have training bases in Pakistan and are receiving support from that side of the border, an accusation Pakistan denies.