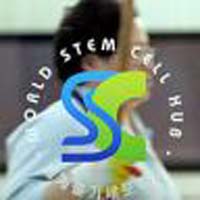 The proposal will bear the signatures of all 151 legislators from the four parties, more than the simple majority in the 299-member parliament necessary to approve the motion, Choi said. "We will talk with the ruling party to reach an agreement (on the probe)," Choi said. "But if negotiations break off, there is no way but to pass the motion by vote."

The opposition proposal calls for creating a 29-member special investigation committee to probe Hwang's alleged wrongdoing and whether the government attempted to cover up the scandal, Choi said. Prosecutors have been investigating Hwang since mid-January, after Hwang's university said the scientist faked his research results.

Hwang, once hailed as a national hero and pioneer in the field of embryonic stem cells, which scientists hope will help treat diseases such as Alzheimer's and diabetes, publicly apologized for faking data, but claimed he was deceived by fellow researchers.

Last week, Hwang's university temporarily barred him and six other professors on his team from teaching and conducting research because of their involvement in fabricated stem cell research. Earlier this month, South Korea 's state audit board said Hwang was suspected of misusing government funds.