China has sentenced a North Korean woman to life in prison for trafficking methamphetamine, a stimulant drug, a newspaper reported Wednesday. 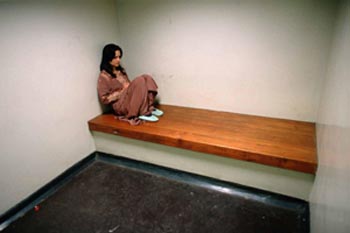 It said their trip took them to the eastern Chinese city of Qingdao before Beijing, a very indirect route.

Police seized 1,518 grams (53 ounces) of methamphetamine from a Beijing residence used by Zheng and Huang, the newspaper said.

Both pleaded guilty to drug trafficking, it said, adding that the North Korean woman was shown "leniency" in sentencing because of her plea. China executes hundreds of people a year for drug offenses.

Neither planned to lodge an appeal, the Beijing News said.

The court determined that Huang played a secondary role in the crime, the report said. It did not mention Huang's sentence or give other details.

The verdict was handed down in July last year, the newspaper said, giving no reason for the delay in reporting the outcome. There was no indication in the report of whether the drugs came from North Korea or China, reports the AP.