China announced a plan Wednesday to combat widespread pollution and leave a better environment for future generations, citing the need to stave off possible social instability. 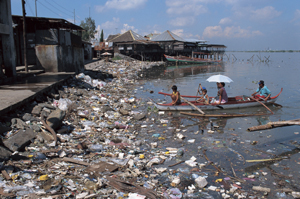 The plan, approved by the State Council, or Cabinet, focuses on pollution controls and calls for the country to clean up heavily polluted regions and reverse degradation of water, air and land by 2010.

"The move is aimed at protecting the long-term interests of the Chinese nation and leaving a good living and development space for our offspring," according to an announcement published in state media on Wednesday.

The government has previously responded to environmental crises largely on a piecemeal basis. The plan announced Wednesday appears to be a broader strategy in keeping with the government's newly stated emphasis on seeking sustainable development after years of breakneck growth.

Giving teeth to the move, the plan calls for environmental quality to be considered in assessing the performance of local officials, until recently judged mainly on their success in promoting economic development.

Regional governments will be asked to set environmental targets and conduct regular evaluations, the announcement said.

"Leading officials and other relevant government officials will be punished for making wrong decisions that cause serious environmental accidents and for gravely obstructing environmental law enforcement," it said.

Government ministries have been ordered to adapt fiscal, tax, pricing, trade and technology policies to the new strategy, the announcement said.

The State Council said the plan was in part prompted by a toxic chemical spill along northeastern China's Songhua River in November that "stunned the nation and sounded an alarm about the country's worsening environment."

The environmental protection minister was dismissed following the disaster, which affected water supplies for millions of people living in both China and neighboring Russia.

Pollution, often linked to official corruption and incompetence, has also sparked a series of sometimes violent confrontations between authorities and rural residents, reports the AP.