Having an abortion is the same as shooting and killing your own children, the head of Mexico's National System for Family Development said in an interview published Monday. Ana Rosa Payan told the Mexico daily La Jornada that she was opposed to abortion and planned to promote family values in her new position which historically has been closely linked to the Mexican president's office. 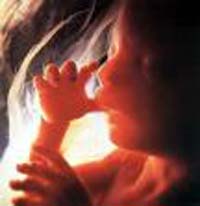 In a transcript of the interview that included quotes not published by La Jornada, Payan said she wanted to discuss the issue of abortion, and how to protect the family. "Why would we kill a child in the womb, that can't defend itself, and we don't kill those already walking?" Payan said, according to the transcript sent by her office.

"Listen, if you don't want to have more children, or at least the one in your womb that is about to be born, then shoot the one at your side and you'll have fewer children," she said. "And there isn't anyone who would do this, of course."

Abortion is largely illegal in Mexico, but in most states it is allowed in cases of rape or where the mother's health is at risk. Payan, a former senator for President Vicente Fox's conservative National Action Party, took over her new job a month ago, reports the AP.