Six top officials of China 's drug regulator have been detained on suspicion of taking bribes, news reports said Wednesday. The scandal at the State Food and Drug Administration adds to a string of corruption cases in China 's government, which has punished thousands of officials and executed some for embezzlement, extortion and other abuses. 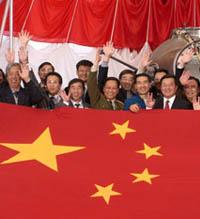 The news reports did not give details of what the officials were accused of doing. But the China Daily said the case follows the detention of a businessman who was accused of offering bribes to drug officials.

All six were detained Jan. 12 at their agency's annual conference in Beijing .

The former director of the SFDA's Department of Medical Devices, Ha Heping, was detained last June on charges of taking bribes, the China Daily said, reports the AP.