Some problems remain ahead of Turin Olympics

There are still problems to resolve, particularly in transportation, before the Winter Olympics begin Friday. 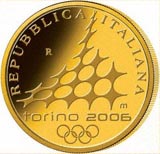 Some problems remain ahead of Turin Olympics

"We are very satisfied and committed," Castellani said. "We don't have any structural problems. Everything is working. ... We will have always some small problems to solve. What is important is to solve them quickly."

"Like with all games, the final stretch is always the most difficult one," he said. "Here and there, a couple of issues need to be solved. But there are still a few days until the opening ceremony. I'm very confident these will be very good games."

Cesare Vaciago, CEO of the organizing committee, said the biggest problem involved transportation _ getting Italian drivers to respect the lanes reserved for Olympic vehicles and making sure bus drivers know their way around.

More than 2,000 bus drivers have been drafted in from all around Italy, and many are not familiar with the local roads. In addition, organizers have had to scramble to find accommodation for the drivers near the bus depots.

Rogge rejected suggestions that Turin had left things too late.

"What is important is that the fundamentals are very good," he said. "There is no structural issue. There is nothing that cannot be solved in a matter of days. I'm confident everything will be done by the opening ceremony", reports AP.