Japan and China to continue working level talks in Tokyo 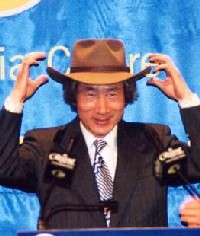 Japan and China to continue working level talks in Tokyo

The talks will take place Feb. 10-11 in Tokyo and cover a range of bilateral and regional issues, the ministry said in a statement.

The countries are at odds over territory, oil and gas deposits in the China Sea, and interpretations of Japan's colonial past.