Shots fired at Danish troops in Iraq, none wounded

Danish troops were fired on my unknown assailants in southern Iraq , but no one was hurt, Defense Minister Soeren Gade said Monday. 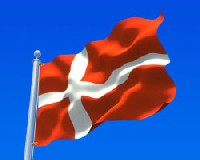 Shots fired at Danish troops in Iraq, none wounded

The shots broke out as a patrol was helping a group of children who had been hit by a car near Qurnah, about 60 kilometers (35 miles) north of Basra . "The locals could have thought that the Danish soldiers caused the accident, sparking the anger," Gade said on Danish television.

As a consequence of worldwide rage among Muslims over a Danish newspaper's publication of cartoons of the Prophet Muhammad, Danish troops "have increased their protection by reducing the number of patrols and using more armored vehicles than we usually do," Gade said.