Egypt 's ambassador said Friday that Danish Prime Minister Anders Fogh Rasmussen's response to the Muhammad drawings controversy has been inadequate and that the country should do more to "appease the whole Muslim world." Mona Omar Attia said after meeting with Fogh Rasmussen that she will urge diplomatic protests against the Scandinavian country to continue. More than 70 ambassadors attended the meeting, including those from predominantly Muslim Egypt, Turkey , Iran and Lebanon . 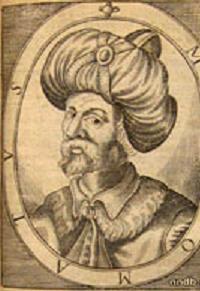 Fogh Rasmussen called the meeting to detail the government's position and actions in the matter. He reiterated his stance that the government cannot interfere with issues concerning the press.

Attia said the response had not been enough.

"We are on the same square one," Attia said after the meeting, adding that Fogh Rasmussen should have demanded a more forceful apology from the newspaper, Jyllands-Posten, which published a series of cartoons of the Prophet Muhammad in September that were deemed offensive to Muslims.

Jyllands-Posten did apologize, but said it stands by the decision to publish the drawings as a matter of freedom of speech.

"Any prime minister, any government anywhere in the world would interfere just to ask for a clear apology from the newspaper so we can go to our population and say this newspaper already apologized, there is no reason to continue this," Attia said. "I mean, the government of Denmark has to do something about what is happening to appease the whole Muslim world."

The cartoons, which have been reprinted in newspapers in other European countries, have sparked threats of kidnapping against foreigners in the Palestinian territories and the boycott of Danish goods in parts of the Middle East .

In the meeting, Fogh Rasmussen urged diplomats to help calm the uproar and said the tense situation is threatening to "grow to a more global problem" as more countries reprint the cartoons.

"If the protests in the streets escalate further, we may be faced with unpredictable repercussions in all the affected countries," he told the meeting. "Therefore, I think we have a common interest in calming down feelings and in settling this affair."

Foreign Minister Per Stig Moeller, who also took part in Friday's meeting, said the government had reached out to political and religious leaders and trade associations in the Islamic world but also tried to speak to ordinary people via the news media "in order to explain the government's view."

"We have tried to reach the 'Arab street' through interviews on satellite networks and the printed press in the Arab world," Moeller said.

In an interview with the Arab satellite network Al-Arabiya that aired Thursday evening, Fogh Rasmussen said he was "deeply distressed that many Muslims have seen the drawings in a Danish newspaper as a defamation of the Prophet Muhammad." One of the drawings depicts the prophet wearing a turban shaped like a bomb.

On Monday and Tuesday, Denmark gave a briefing of the situation to the Austrian government, which holds the European Union's rotating presidency, U.N. Secretary-General Kofi Annan and U.S. Secretary of State Condoleezza Rice, reports the AP.