Interior ministers from 17 Arab countries have issued a joint statement calling on the government of Denmark "to take the necessary measures to punish those responsible." United Nations Secretary-General Kofi Annan was officially "concerned." Governments from Pakistan to Syria have demanded apologies not just from Denmark but France, Germany, Norway and other Western European governments. 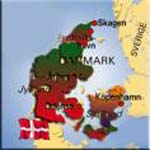 What human rights atrocity has so inflamed their sense of outrage? A Danish newspaper published cartoons. Last September.The daily Jyllands-Posten's cartoons, which have since been reprinted in free-speech solidarity by publications in France, Germany, Italy, the Netherlands, Norway, Spain and Switzerland, not only broke the Koran's strictures against depicting the prophet Muhammad, but one added insult to blasphemy by drawing his turban in the shape of a bomb.

The cartoons are undeniably offensive to Muslims. Yet the overreaction by opportunistic, authoritarian governments and backpedaling European officials has been deeply disappointing.

Islamic tradition considers any depiction of Muhammad blasphemous. Angry and violent reaction to the cartoons' publication was predictable from radical Islamists, who will seize upon almost any reason to rail against the West. Armed fanatics in the West Bank and Gaza, for example, stormed European Union offices, kidnapped at least one German (he was later released) and went hunting for Danes, French, Germans and Norwegians at four hotels. The leader of Lebanon's governing Hezbollah faction said this all could have been avoided if only novelist Salman Rushdie had been murdered. Hundreds of students in Pakistan chanted "Death to France" and "Death to Denmark."

What's most disheartening is the response from governments in the Middle East and Europe. The former have seized on the opportunity to direct their citizens' considerable anger toward the West. Some European leaders, meanwhile, perhaps overcompensating for government policies widely seen as harmful to Muslim immigrants, are apologizing for one of the core freedoms of a democratic society.

Danish Prime Minister Anders Fogh Rasmussen, who for months maintained a sensible position, that a private newspaper's editorial judgment is not the government's business, is now walking around issuing letters of regret. Norway's deputy foreign minister, Raymond Johansen, traveled to Lebanon to deliver an official apology.

Such sentiments foster the dangerous notion that governments are responsible for, and answerable to, their countries' private media. And it judges all news content, satirical or otherwise, by the standard of how much offense it gives, a surefire path toward self-censorship, reports Los Angeles Times.