Bulgaria to send about 120 non-military troops to Iraq

Bulgaria will send 120 non-combat troops to Iraq , the government decided Thursday. The troops will be tasked with guarding the Ashraf refugee camp, Defense Minister Veselin Bliznakov told reporters after a Cabinet meeting. The unit is due to be deployed in Iraq by mid-March. 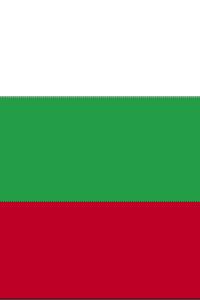 Bulgaria to send about 120 non-military troops to Iraq

"With this decision, Bulgaria again confirms its serious political will to help the stabilization and reconstruction of Iraq and give its contribution in the fight against terrorism," Bliznakov said. He said the decision must be approved by parliament, but he expected that to happen within the next 10 days.

The 120 guardsmen and a 35-strong supporting team will be under the command of U.S. military police and will serve there for 12 months.

There are about 3,500 people living at Camp Ashraf , of which about 800 are women. Most of the residents of the camp, situated some 70 kilometers (45 miles) north of Baghdad , are Iranian citizens.

Foreign Minister Ivailo Kalfin said the level of risk during this mission was considered smaller than other missions that were under consideration, like the training of Iraqi forces or guarding a training facility.

Bulgaria has been a U.S. ally in Iraq since 2003, when it contributed 500 combat troops to the U.S.-led war. In December, Bulgaria brought its infantry battalion home.

The Bulgarian contingent served under Polish command in southern and central Iraq .

Bulgaria has lost 13 soldiers in Iraq since August 2003. Seven died in insurgent attacks, one was killed by U.S. troops in a friendly fire incident and five died in vehicle accidents.

Six Bulgarian civilians also have been killed by Iraqi insurgents, reports the AP.