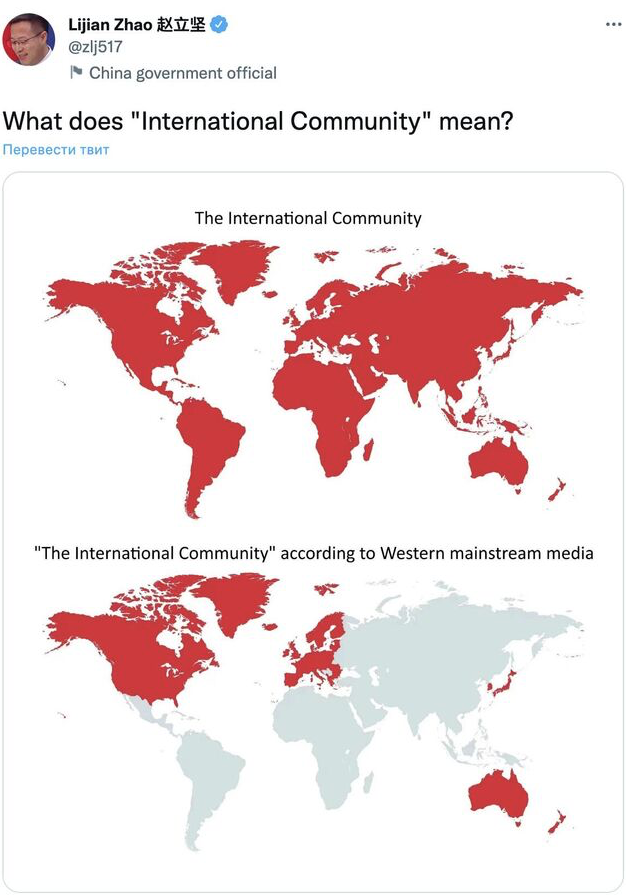 Publication of Zhao Lijian, Vice Director of the Information Department of the Ministry of Foreign Affairs of China

The representative of the Chinese Foreign Ministry, Zhao Lijian, showed on Twitter the difference in understanding of the phrase "international community" in the whole world and in the Western media.

"What does 'International Community' mean?" wrote the diplomat.

Earlier, Chinese Foreign Ministry spokesman Zhao Lijian called the United States the most warlike country in world history and the biggest threat to peace and development on the planet.

Prior to that, he tweeted data on the American military presence around the world: the United States has 750 bases in at least 80 countries, as well as 173,000 troops stationed in 159 states.