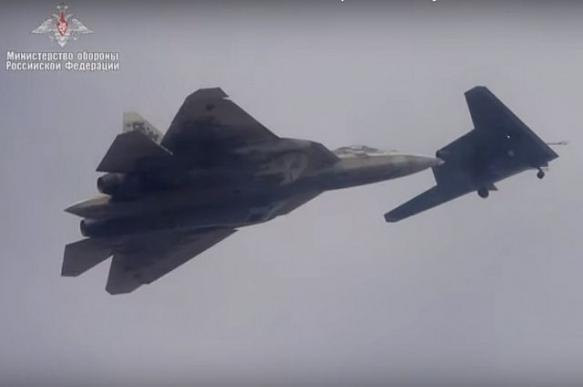 As part of the test program, the new Russian combat drone flew in an automatic mode in full configuration for the entry into the duty zone.

During the flight, the Okhotnik UAV and the Su-57 fighter jet practiced interaction to expand the fighter's radar field and designate targets for the use of long-range aviation weapons without the need to the Su-57 to enter the conditional zone of air defense response.

The first joint flight continued for more than 30 minutes. The test of the state-of-the-art Okhotnik or Hunter combat drone, created by Sukhoi Design Bureau, are carried out at one of the test airfields of the Russian Ministry of Defense.

The Okhotnik UAV is based on the principle of the "flying wing" with the use of special materials and coatings that make it practically invisible to radar detection equipment.

The drone carries equipment for optoelectronic, radio engineering and other types of reconnaissance activities.