Russian Defense Ministry spokesman Major General Igor Konashenkov showed reporters unmanned aerial vehicles (UAVs) of terrorist groups. The UAVs were shot down as they were approaching Khmeimim airbase of the Russian Air Force in September. According to Konashenkov, those who made those drones used quite complex technical solutions that required special education, even though the UAVs were mediocre and unpresentable in their appearance. 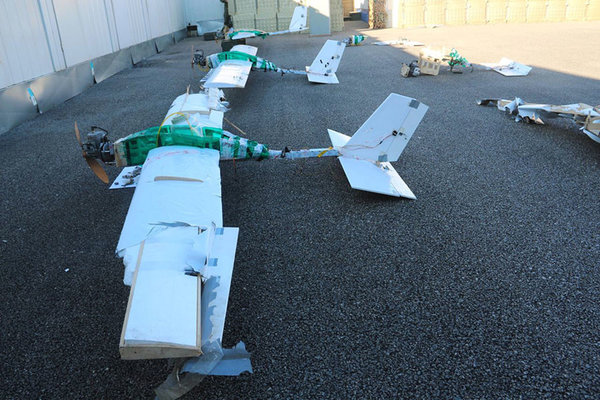 Terrorists' UAVs could fly for distances up to 150 km at altitudes up to 4,000 meters. Terrorists had received help from the outside to assemble those vehicles, Konashenkov said.

The downed drones were equipped with a control system for navigation. They were also outfitted with three antennas and ammo consoles. Another UAV had a gasoline-powered propulsion system - a plain five-liter barrel of gasoline. Ammunition could be dropped from an altitude of 1.5-2 kilometres with the help of a special mechanism that would push them off the vehicle.

Konashenkov noted that the UAVs looked as though they were assembled as aviation design club models. However, one needs to have profound technical education to be able to design and build a mechanism to control vehicles and drop ammo from them. Someone who owns such technologies obviously assisted terrorist groups, the official believes.

Units of the Russian Air Force were deployed at Khmeimim air base since the beginning of the Russian operation in Syria in 2015. Terrorists periodically try to attack the Russian air base in Syria,  including with the use of unmanned aerial vehicles.