Drone attack in Saudi Arabia may burst another financial bubble

World oil prices soared as much as 12-13% after Saudi Arabia cut oil output as a result of the drone terrorist attack on oil refineries of the kingdom. Yemeni Houthi rebels from Ansar Allah movement used ten drones to attack the world's largest oil refinery complex near the city of Abqaiq, as well as an oil refinery in the Khurais region. Oil production and exports in Saudi Arabia were temporarily suspended. 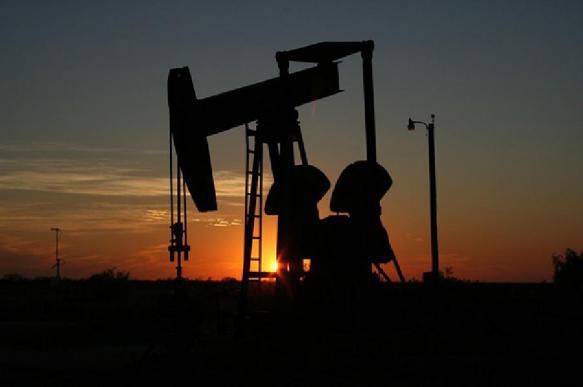 Saudi Arabia - the largest exporter and one of the three largest oil producers - has halved oil production by 5.7 million barrels per day from the usual output of about 9.8 million. Oil quotes on Monday morning reached their maximum levels since April of this year. Oil prices rose by 19%, which set a record in the history of observations.

November Brent crude futures rose to $71.62 per barrel in the first minutes of trading. By closing, the prices dropped to $69.91 per barrel. November futures for WTI crude oil reached $63.47, but then fell to $60.09 per barrel.

The situation on the market of oil has affected the entire financial market. The US dollar has dropped in its value, while safe currencies of oil-exporting countries strengthened. The Canadian dollar, the Norwegian krone, the Japanese yen and the Swiss franc have strengthened their positions. The pound sterling, the Chinese yuan and the euro have weakened.

US Secretary of State Michael Pompeo stated that US authorities consider Iran to be involved in the attacks on oil facilities in Saudi Arabia. Washington intends to continue the policy of showing "maximum pressure" in relation to Tehran.

US Secretary of Energy Rick Perry instructed his staff to start working with the International Energy Agency to study potentially available options for a collective action on the global level, if need be.

On Saturday night, ten drones attacked Saudi Aramco's facilities in the east of the country. In particular, the drones targeted the largest oil refinery complex in the world near the city of Abqaiq, where many Western experts live. The attack also targeted an oil refinery in the Khurais region, where the kingdom's second largest oil field is located. The attacks triggered massive fire, which was later localized, as the authorities said.

Houthi Yemeni rebels from the Ansar Allah movement claimed responsibility for the attacks. The rebels promised to continue the attacks on a much larger scale demanding Saudi Arabia should cease hostilities in Yemen.

Saudi Aramco is the largest oil company in the world. The government of Saudi Arabia owes 100% of shares. As of the first half of 2019, Saudi Aramco's net profit totalled $46.9 billion. The facility in Abqaiq can process up to 7 million tons of barrels of oil per day. This is one of the five fields in Saudi Arabia where Saudi Aramco produces 90% of its oil.