Beslan hostage remembers how he woke up in a body bag

Stas Bokoev, a hostage, who survived the terrorist attack in Beslan when he was 14 years old, said that he woke up in a bag for dead bodies after the storm of the building. 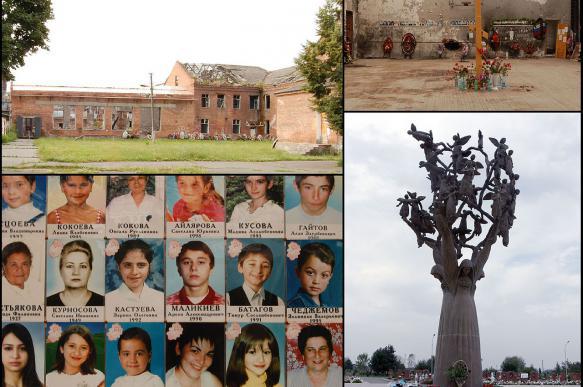 In an interview with Russian journalist Yury Dud for his three-hour documentary "Beslan. Remember," Bokoev said that he was born with a mirror arrangement of internal organs. His heart was placed in the right section of his thorax cavity, which was probably a reason why rescuers concluded that the boy was dead.

Before finding himself in the bag, Bokoev escaped from school with other hostages. The boy hid himself behind a building where he thought he could find shelter, leaned against the wall and lost consciousness. He then woke up in an EMERCOM tent and told a doctor where he had been wounded. According to Bokoev, there was a fragment of a bullet in his left side. "I showed the place where I had the bullet fragment and then I passed out," Bokoev said adding that he then woke up in a body bag.

"I had lost a lot of blood, so they failed to find out that I was still alive. My heart is in my right side, so they assumed that I was dead. As soon as they saw me with my eyes open, they pulled me out of the bag and then I found myself at hospital," the man said. "I only had enough strength to open my eyes. I could not move," he said.

On Sunday, September 1, North Ossetia hosted Memory Watch events in memory of the victims of the hostage crisis that took place in the city of Beslan 15 years ago. On September 1, 2004, more than 1,200 people were taken hostage at Beslan's School No. 1. A group of armed terrorists attacked the school at the moment when people gathered there for traditional annual Day of Knowledge celebrations. The terrorists were holding the hostages in the school gym without giving them any food and water for nearly three days. On September 3, after an explosion ripped through the building, Russian special services launched an operation to storm the building and destroy the terrorists. 334 people were killed, of which 186 were children.

Today, Beslan still lives in mourning. Over 15 years that have passed since the horrendous terrorist attack, local residents have formed their own procedure to hold memorial events. In the school gym, where more than 1,200 hostages were kept, people light candles next to photos of the victims. The procedure lasts for three days to coincide with three days of the terror attack. People bring toys and bottles of water to the school yard. Residents also visit the memorial graveyard "City of Angels" where they bring flowers to pay tribute to those who were killed in the terrorist attack. On a third day, a divine service is held. All of North Ossetia stops for a moment of silence, before people walk from the school building to the memorial graveyard. At the graveyard, they announce the name of every victim; a memorial service is then held.

The Day of Knowledge in the Republic of North Ossetia is held after the Memory Watch is finished - on September 4. The rest of Russia marks this day traditionally, on September 1.