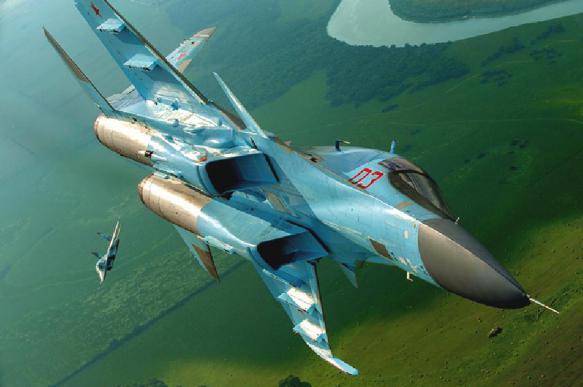 It was said that Turkish fighters were forced to leave the sky above Idlib after they covered a distance of 30-40 kilometers. This indicates that Turkish pilots either received a warning from Russia or saw Russian combat aircraft on radar screens.

After the incident, Russian Su-35 fighters were seen in the vicinity of the city of Khan Shaykhun. It was said that the Russian military aircraft took off from Hmeymim airbase to deter Turkish planes from adventurous actions. No other details have been reported.

The de-escalation zone in Idlib is one of the four de-escalation zone in Syria, which was created by Russia and Turkey in 2017. Most of its territory is still not demilitarized and remains under the control of the Hayat Tahrir al-sham* group (HTS, created on the basis of Jabhat al-Nusra* - terrorist organizations, banned in Russia) and the armed Syrian opposition.