Two fighters of the Swiss Air Force escorted aircraft of "Russia" special flight detachment in the sky above Geneva for a few minutes. 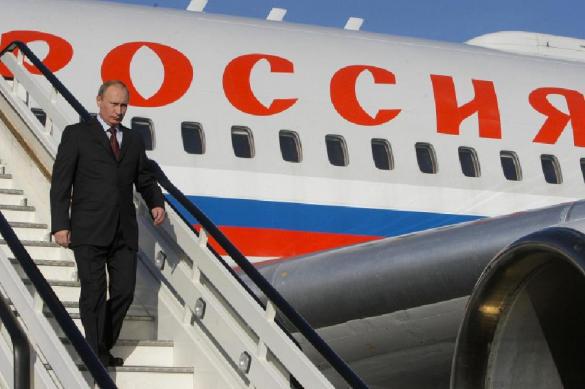 The Russian delegation, including the presidential aide and his press secretary, Yuri Ushakov and Dmitry Peskov, as well as journalists from the Kremlin pool, were on board the Russian aircraft. The journalists and officials were flying to Europe to cover the talks between Vladimir Putin and his French counterpart Emmanuel Macron in southern France.

Dmitry Peskov, Putin's official spokesman, told reporters later that there was nothing uncommon about the fact that Swiss fighter jets were escorting the Russian governmental aircraft.

"This has happened before. There's nothing bad about it. We sent notes, and the Swiss responded that it was an act of hospitality," Dmitry Peskov, the press secretary of the President of the Russian Federation said.

Vladimir Putin is arriving in France on Aug. 19 for a one-day visit to hold talks with President Emmanuel Macron. The leaders will discuss the situation in Syria, Libya, the Persian Gulf, the crisis in Ukraine, as well as the Joint Comprehensive Action Plan to resolve the situation around the Iranian nuclear program.