Two Russian strategic missile carriers Tupolev Tu-160 performed a flight to the military airfield on Chukotka Peninsula, located near the US border. 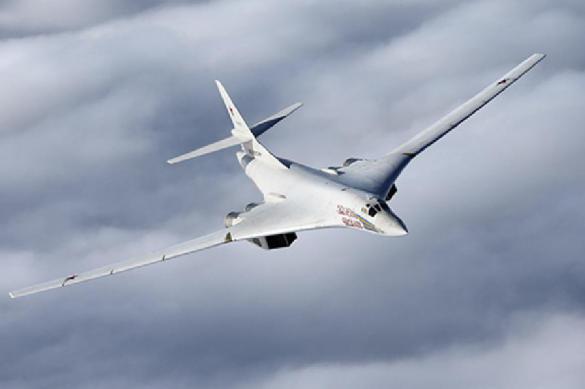 According to the Ministry of Defense of the Russian Federation, the crews of the missile carriers flew for more than 6,000 kilometers without landing in more than eight hours.

The flight was performed as part of the earlier scheduled tactical flights exercises led by long-range aviation commander Lieutenant General Sergei Kobylash. The exercises will last until the end of this week. About ten Tu-160, Tu-95MS and Ilyushin Il-78 aircraft take part in them to practice relocation missions and midair refuelling flights.

The Tupolev Tu-160 is a supersonic strategic bomber with variable geometry of wings. It is the largest, most powerful and heaviest combat supersonic aircraft in the world.