The Public Chamber of the Russian Federation intends to appeal to the UN Security Council to report "another fact of history falsification" after German journalist Sven Felix Kellerhoff called to demolish the Victory Monument on the Prokhorovka field. 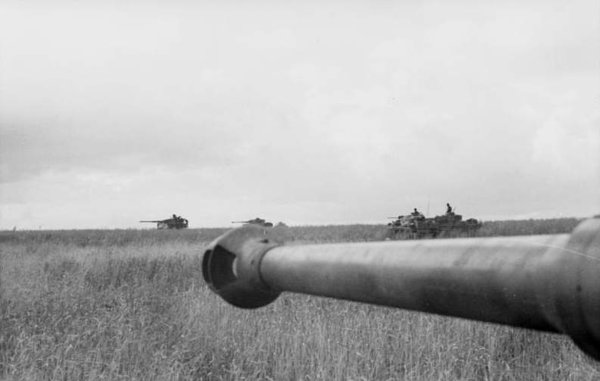 Elena Sutormina, the chairperson of the Public Chamber commission on the development of public diplomacy, humanitarian cooperation and preservation of traditional values, said that the UN adopted a resolution in 2018 to struggle against the glorification of Nazism. More than 130 countries of the world supported the resolution, because they realize that falsification of history revives extremist ideologies, contributes to xenophobia, intolerance and incites international strife.
"I believe that the person said that on purpose, because in a few days we will mark the 76th anniversary of the Battle of Prokhorovka. This is a provocation. An appropriate reaction should follow accordingly," the official said.

On July 9, Sven Felix Kellerhoff, editor of the historical section of the German newspaper Die Welt, said making references to historical documents that there was no triumph for the Red Army in the "biggest tank battle of World War II" near Prokhorovka on July 12, 1943. Based on this assumption, the journalist suggested that the Victory Monument (the bell tower on the Prokhorovka field, topped with the gilded figure of the Virgin Mary), "could in fact be demolished."

The subjunctive mood that the journalist used in his inappropriate statement triggered an international scandal. Earlier, Russian President Vladimir Putin, speaking at the St. Petersburg International Economic Forum on June 6 of 2019, made it clear that no events of the Second World War could be changed. "Revising the results of the war, demolishing monuments to Soviet soldiers ... this is a disgrace. It is disgusting," the Russian President said.

Russia's Minister for Culture Vladimir Medinsky called the article of the German journalist "a blasphemous step full of false theses."

Russian MPs called on Germany to initiate a criminal case against the editor of Die Welt newspaper, noting that otherwise it would become Germany's tacit consent with those who try to justify and glorify Nazism.

The Battle of Prokhorovka was fought on 12 July 1943 near the station of Prokhorovka, near Kursk in the Soviet Union, during WWII. Taking place on the Eastern Front, the engagement was part of the wider Battle of Kursk, and occurred when the 5th Guards Tank Army of the Soviet Red Army attacked the II SS-Panzer Corps of the German Wehrmacht in one of the largest tank battles in military history.