As many as 70 foreign companies from 18 countries will take part in MAKS-2019 international aerospace show, which will be held in Zhukovsky near Moscow in late August. 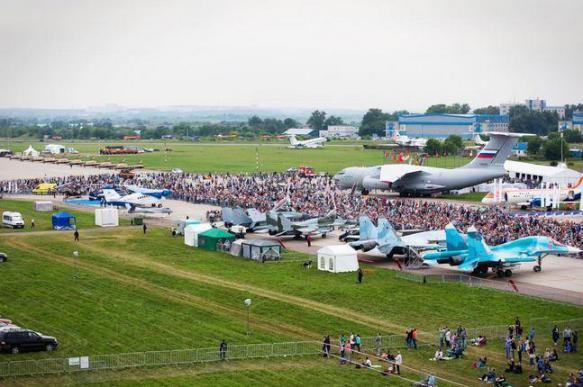 The international aerospace show MAKS-2019, which will be held in Zhukovsky near Moscow in late August, will be attended by 70 foreign companies from 18 countries. According to the list published by organizers of the event, more than 320 companies have already confirmed their participation in the show.

German maintenance operator MTU Maintenance, Dutch paint manufacturer Akzo Nobel, and Czech manufacturer of piston engines LOM Praha are also listed as participants. In addition, 15 companies from Germany, several companies from Italy, as well as companies from Japan, Belgium and Austria will be represented. The head of the European Space Agency (ESA), Johan-Dietrich Werner, confirmed his arrival at MAKS-2019.

Alexander Levin, the director of the air show, said that the exhibition program of the air show in 2019 was leaving events of the previous years behind in terms of the number of participants and the scale of reserved space.

In 2017, MAKS aerospace show set a record for the number of participants - 880 companies, including about 180 foreign manufacturers from 36 countries of the world. The volume of signed contracts and agreements reached 394 billion rubles.