US aircraft carriers are no longer a powerful weapon in the context of modern conflicts. 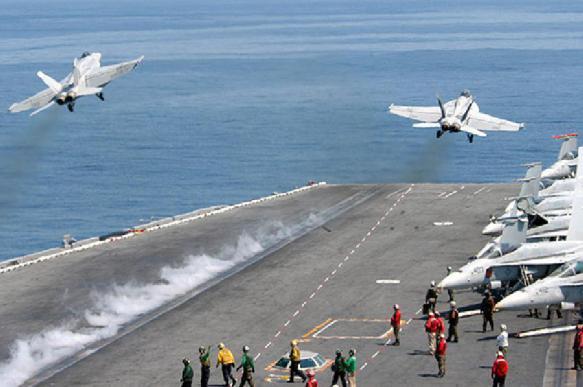 Aircraft carriers remained a formidable weapon for many years largely due to the fact that missile weapons were not developing at that time. Particularly, there were no ground-based missiles that could destroy such large vessels from a considerable distance. Presently, things have changed.

It was the Russian Federation that was the first to decide to develop missile technologies thoroughly, and Russia has achieved great progress at this point. These days, talking about any efficiency of aircraft carriers does not make any sense, because during a military conflict they will be quickly destroyed.

The Russian Navy administration believes that one needs to either increase the range of deck-based aircraft or refuse from aircraft carriers at all. The United States was thus informed about the helplessness of carrier groups. The US Navy currently has eleven aircraft carriers, and those vessels require enormous spending for their maintenance.