A video of the Sukhoi Su-27 fighter aircraft of the Russian Air Force "pushing" a NATO fighter jet away from the plane of the Special Flight Unit "Rossiya" has gone viral on Russian social media. 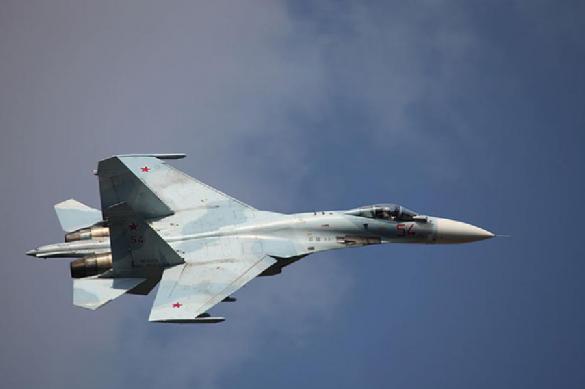 The video of the incident which appeared on Twitter, shows the NATO aircraft approaching the jetliner of the Russian government, when a Sukhoi Su-27 flies at a dangerously close range to the NATO F-15C fighter making it move away to a safe distance.

Russian Internet users praised the professional maneuver of the Su-27 pilot. Many noted that the Russian fighter jet was superior to the NATO F-15C not just from the point of view of its performance, but also design.

The incident, which was captured on video, occurred in June 2017, when NATO aircraft wanted to escort a jetliner of the Russian government on its way to Kaliningrad.

Aircraft of the Russian Air Force normally escort the jetliner of the Russian president and other aircraft of the Russian government. In addition to status functions, the fighters perform a real combat mission, in which they protect the entrusted aircraft from air and ground attacks at any cost. If the escorted plane happens to become a target for a missile attack, the fighter jet pilot is supposed to put his jet in the line of fire, thus risking or even sacrificing his life.