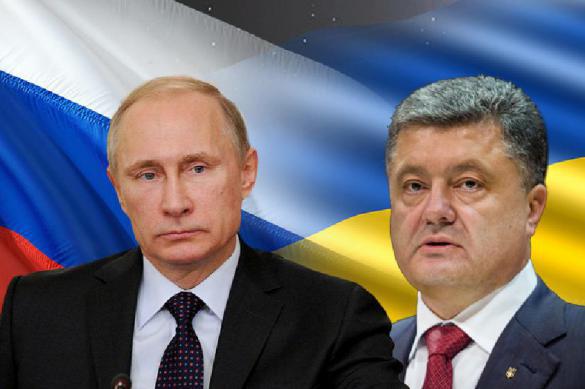 "I appeal to the administration of the Russian Federation demanding an immediate release of the Ukrainian military personnel, who, in violation of international law, were roughly detained and whose fate remains unknown," Poroshenko said.

Poroshenko demanded Russia should deliver both the seized Ukrainian ships and their crews to the Ukrainian side as a first step to deescalate tensions in the Sea of ​​Azov. The President of Ukraine stressed that he was expecting Russian top officials to respond to this appeal.

It was reported that three Ukrainian military men were taken to a hospital in the city of Kerch after they were wounded in the clash between Russian and Ukrainian warships in the Kerch Strait on November 25. Their condition is said to be stable.

On November 25, a FSB border patrol detained three ships of the Naval Forces of Ukraine - the Berdyansk and the Nikopol boats, as well as the Yany Kapu tugboat in the Kerch Strait. The Ukrainian ships entered the territorial waters of the Crimea, did not respond to the requirement to stop, but started performing dangerous maneuvers instead.

Putin's official spokesman Dmitry Peskov stated that the incident with the Ukrainian ships in the Kerch Strait was a dangerous provocation.

"This is a very dangerous provocation, which, of course, requires special attention and special investigation," said Peskov at a news briefing on Monday, November 26, adding that events in the strait would be considered at the urgent meeting of UN Security Council that Moscow is summoning.