President Putin has launched the first line of the TurkStream (formerly known as Turkish Stream) gas pipeline that will transport Russian natural gas to Turkey and then to Europe. The project comes as an alternative to the South Stream gas pipeline - the project that was thwarted because of the opposition of the European Union. 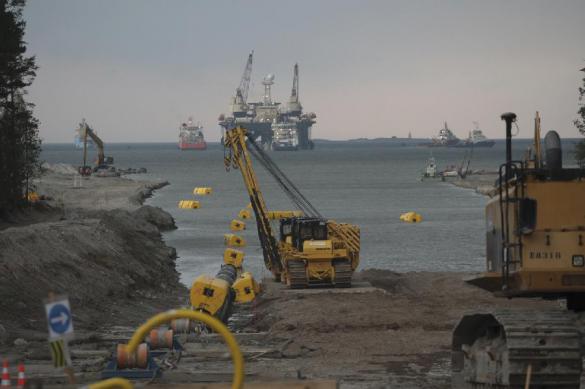 Presidents of Turkey and Russia Recep Tayyip Erdogan and Vladimir Putin took part in the ceremony to launch the first section of the TurkStream gas pipeline in Istanbul.

"Gazprom is completing the construction of the deep-water part of the new gas pipeline. The production and transportation of natural gas is not primitive work - it's not just drilling a hole in the ground and pumping gas out of it. This work is about the use of high technologies, and this is the most environmentally friendly and primary type of energy in the world," Putin said adding that Turkey was turning into a major European hub.

"From the geopolitical point of view, the project is of historical significance," Turkish President Recep Erdogan said. He expressed a hope that the gas pipeline will be ready for operation in 2019. The ground part of the territory of Turkey is yet to be completed.

The TurkStream, which runs along the bottom of the Black Sea from Russia's Anapa to Turkey, will consist of two lines, each with a capacity of 15.75 billion cubic meters of gas a year. Gazprom also planned to build a gas hub on the border between Turkey and Greece. In June 2018, the company evaluated the cost of the pipeline system at $7 billion.

The first line of the TurkStream will supply Russia's natural gas to the Turkish market, while the second one is meant for the countries of South and Southeast Europe (via Bulgaria to Serbia and Hungary, or via Greece to southern Italy).

The TurkStream was built to replace the South Stream (63 billion cubic meters of gas a year), which Gazprom had to abandon in December 2014 after Bulgaria left the project. Gazprom then had to write off several hundreds of millions of euros of losses.

The United States and Ukraine act as the main opponents of the TurkStream.  For the USA, the project is a competitor for the sale of the American liquefied natural gas (LNG) to Europe. For Ukraine, the project appears to be a bypass system that will decrease the transit of gas through its territory and, accordingly, cause financial damage to Ukraine.