Five years after Maidan revolution, Ukraine remains one of Europe's most corrupt states

Experts compare the alarming atmosphere of the fifth anniversary of the Maidan riots in Ukraine to the last stage of the existence of the Ukrainian Soviet Socialist Republic prior to the moment when Ukraine declared independence. 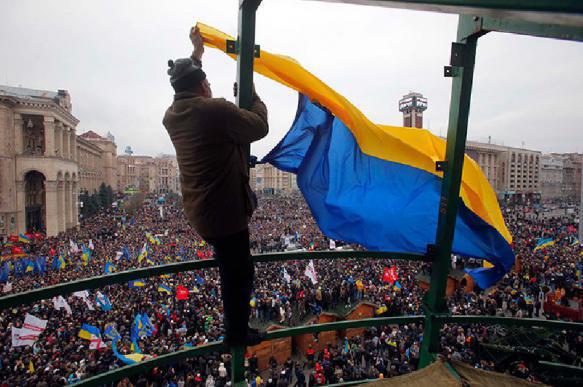 On the eve of the next elections, which Ukraine is going to hold in 2019, summing up the results of the Maidan revolution becomes particularly significant. Recalling the promises that the Ukrainians heard from their "revolutionaries" in November 2013, many in the Ukrainian society point out the stable trend for the economic situation in the country to worsen.

The judicial reform, the decentralisation of power and the updated conditions of civil service have not made life in Ukraine better. According to opinion polls, most Ukrainians do not understand what has happened in the country as a result of reforms. Five years after the Maidan riots, it turns out for many in Ukraine that the political course towards the European integration has not become the panacea for many Ukrainian problems. The association agreement and the free trade zone with the EU, as well as the agreement on the visa-free regime does not heal the Ukrainian economy, and it still remains one of the most corrupt countries in Europe.

The new Ukrainian authorities refer to the "Russian aggression" in the Donbass and use the ongoing crisis in the southeast of Ukraine to justify economic failures and corruption in the country. Experts of the Institute of Strategic Studies New Ukraine said in a recent study that the revolutionary zeal of 2013-2014 died in the counter-revolutionary wave, while the gap between the new military oligarchic system and the Ukrainian system keeps growing.